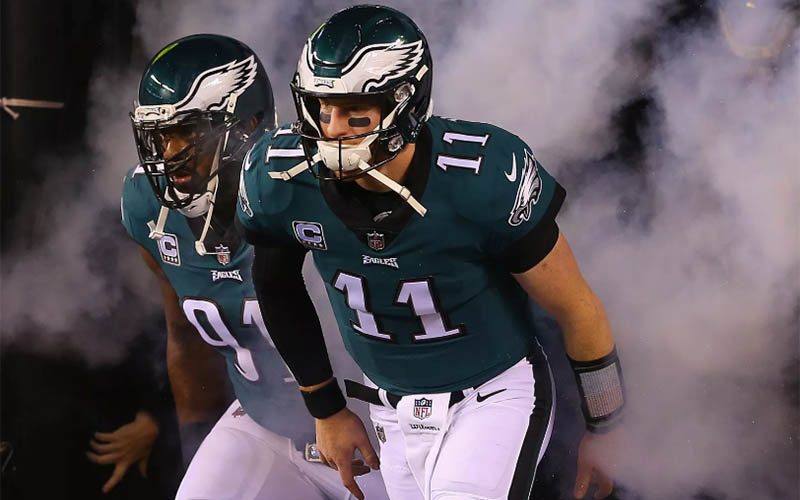 It looked like another miracle, come-from-behind season for the Philadelphia Eagles. At 5-7 leaving Miami with a loss, this team was left for dead by many football analysts and sports media.

The Eagles have overcome so much the last three seasons and still have found a way not only to succeed late in the season when it matters the most, but to band together as a team and find a way to succeed despite significant barriers.

But good vibes, a positive attitude, and dog masks can only carry a team so far. Eventually, you need high-end talent, impeccable play calling and a little luck to make it all the way to the Super Bowl (a first-round bye never hurts too).

Sadly, this team had most of those things headed into the 2019 season. But the NFL is a war of attrition at its core, and with injuries plaguing this team from the preseason all the way to the playoffs, head coach Doug Pederson and Wentz should be proud of the performance they put together at the end of the regular season.

Ultimately, it wasn’t enough for this pack of underdogs. The team effectively lost when Wentz went down early in the Wild Card Round after a late (some say dirty) hit on the back of the helmet from Jadeveon Clowney as Wentz was going to the ground.

Now that the Eagles are done in the playoffs, it is time to look back on the 2019 season and assess what went wrong. Winning the NFC East this season brought euphoria and joy to the fan base, but it also helped place a band-aid over the problems this team faced in the early parts of the season.

Without a thorough evaluation of what happened this season, the Eagles risk making the same mistakes in future seasons.

In this recap of the Eagles 2019 Season, we’ll explore what happened this year that led to the Eagles early exit from the playoffs. We’ll identify a cause of early exit, some secondary complications and remedies for the 2020 season, in hopes of a better result come next season.

We’ll also dive into the bright spots of the 2019 season. Despite having a disappointing season (considering the expectations coming into it), there were a lot of bright spots too. Several players performed admirably in 2019 and it will be exciting to see how they use this offseason to build on their success.

But we cannot move forward without first looking backwards and diagnosing what went wrong. Arguably, the seeds of this season’s failure were planted in 2018 and earlier.

Until these issues are at least examined and learned from, the Eagles may never progress to a Super Bowl title again. Only by having a frank and honest discussion of what happened this season and its causes can the team hope to avoid future failure.

After all, 9-7 isn’t always going to be enough to earn a playoff spot.

The season is officially over for the Philadelphia. Now begins the long and arduous process of draft preparation and free agency.

The bad thing about the NFL is that 31 teams and their fans end up disappointed by the end of the season. The good thing is the draft is only a few months away. With the inclusion of the Combine and the free-agency free-for-all, there is very little time during the year when there isn’t something to be excited about.

In the NFL, there is no down time. So now the quest begins to search out the correct algorithm for coaching, players, locker room atmosphere, play calling, scouting, football operations, training staff, and much more to have a successful 2020 season and bring home the Lombardi Trophy in February of 2021. Fly Eagles Fly.