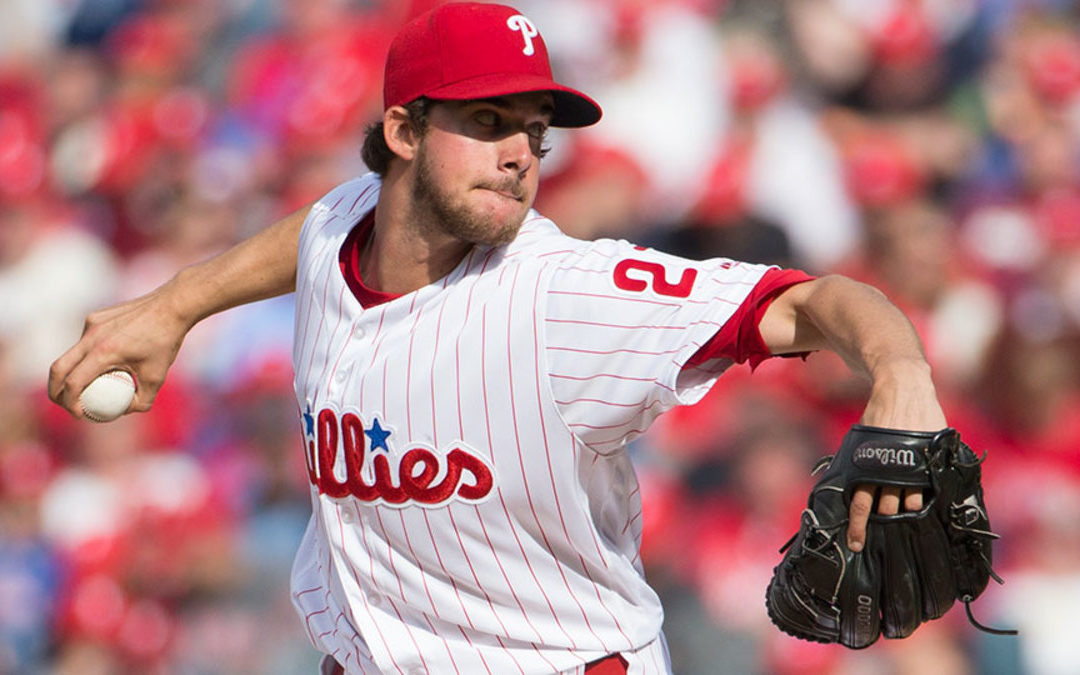 The first legitimate Phillies star of the post Ryan Howard, Jimmy Rollins, Chase Utley, and Cole Hamels era officially arrived in 2018 in the form of Aaron Nola. The crafty curveballer showed his full potential during a breakout season, earning an All Star nod and finishing third in the NL Cy Young voting. His final line of 17 wins, 224 strikeouts and a 2.37 ERA over 212 innings for the year puts him in the conversation for the best pitcher in baseball in 2019. He’ll still only be 25 on Opening Day next spring.

While the end result was disappointing, the Phillies went from one of the worst teams in baseball in 2017 to a legitimate playoff contender in 2018. It was never more exciting than during a 16 inning marathon of a game in the heat of late July against the 2017 and eventual 2018 National League champion Dodgers. The Phillies bullpen tossed ten scoreless innings and eventually walked it off with a home run against Dodgers utility man Kike Hernandez.

The Phillies would finally fall out of the race with a late season collapse in September, but 2019 promises to bring competitive baseball back to south Philadelphia again.