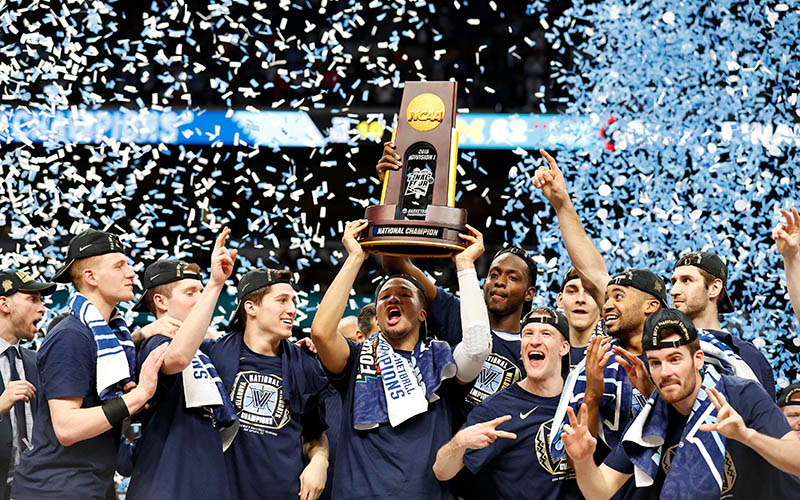 Just months after the Eagles paraded the Lombardi trophy down Broad Street, Villanova brought another parade back to a city that so desperately craves parades. It was their second national championship in three years.

For the third time in its history, the Villanova University men’s basketball team has brought the NCAA basketball championship back to the Philadelphia area.

The Wildcats continued their streak of dominating wins in the March Madness tournament in the final round against the University of Michigan, securing the title in 79 to 62 win over the Wolverines.

Villanova earned their spot in the championship game as they carved a path of huge wins throughout the March Madness tournament.

With an 87 to 61 win over Redford in round one, Villanova went on to beat Alabama 81 to 58 in the second round.

Saturday night, the team delivered another crushing defeat to Kansas, 95 to 79, in the Final Four propelling them to the championship game.

Michigan is seeded No. 3 in the west division. Villanova was the No. 1 seed in the east.