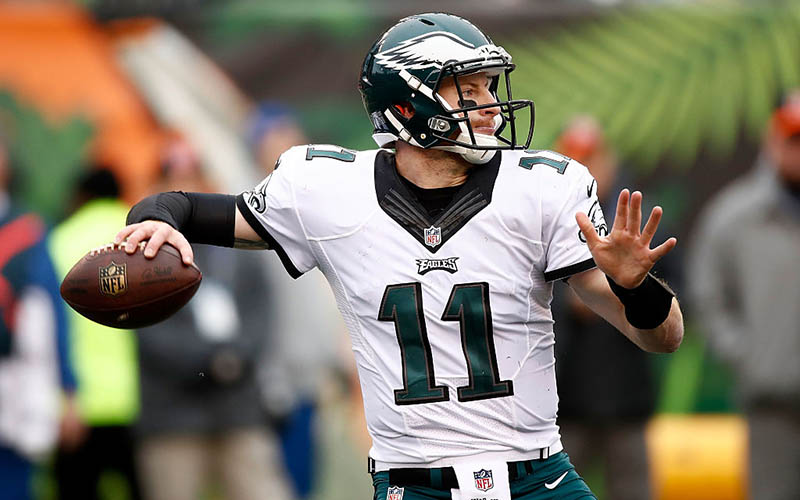 Wentz Continues To Impress — Through the first half of the game, quarterback Carson Wentz was 18-of-25 for 183 yards, a touchdown and no interceptions. He also added 10 yards on the ground.

But, Wentz’s opening 30 minutes wouldn’t be the end of his dominant play. The Eagles started the second half with the ball and on third-and-8, the quarterback made what very well might be his best play of the season thus far. Wentz dodged a sack and moved up a few yards. He stayed patient and instead of taking off found Darren Sproles. He tossed the ball to the running back, who then took it the rest of the way for a 73-yard touchdown. The score put the Birds up, 20-3, and once again showcased Wentz’s skill.

The quarterback finished the game 23-of-31 for 301 yards, two touchdowns and no interceptions. It was his first career 300-yard performance. Wentz has still not turned the ball over this season. Gotta’ love what you see in this kid for the future of this franchise.