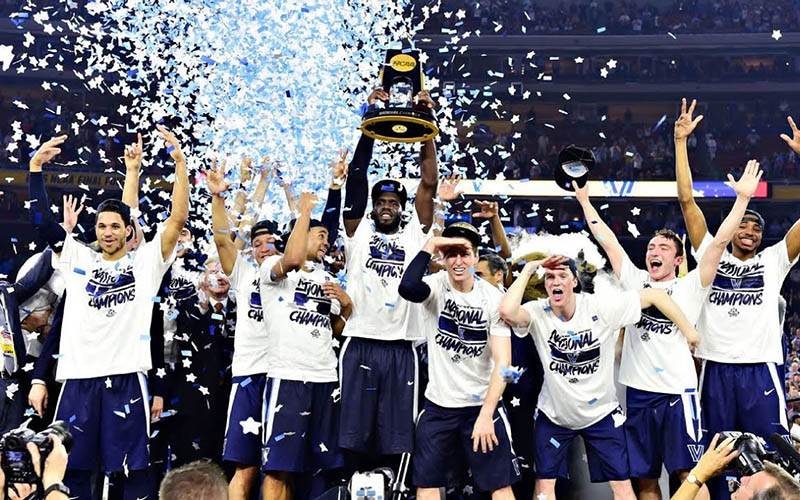 The Villanova wildcats and Jay Wright perfected the ultimate March Madness sweetness. Running through their field and throwing up wins against Miami and Kansas; it seemed this team was destined from that moment to give Oklahoma a challenge. But, the true grit and determination on the defensive side of the ball was almost double the amount the Sooners could handle ‘literally & figuratively’. With a walloping of a win and a final score of 95-51, the Wildcats had to pedal to the medal, and didn’t look back. Many of our sports fanatics in the bar were rooting for a triple digit finish and a real double down of the 51 points the Sooners scored. But, either way, the Wildcats persevered throughout the season & tournament and undoubtedly had the victory they deserved; in the championship game. Winning a National Championship is no small feat by any means, but these cool cats did it as a team, with passion, heart, and cohesiveness; and that is what it takes on the court to dictate the ultimate victory! – Congrats Villanova, 2016 National NCAA Men’s Basketball Champions!